As you may or may not know, Ernest Hemingway (a fellow author) was a MAJOR cat lover. In 1935, when he was living and writing in a Spanish colonial house on an island in Key West, Florida, he was given a six-toed cat named Snowball. Ultimately, his island residence became the Ernest Hemingway Home & Museum, and all of Snowball’s descendants have been allowed to roam free on the property ever since.

Around five years ago, some spoilsports at the U.S. Department of Agriculture tried to have the cats removed, saying that the museum lacked a property animal exhibition license and couldn’t qualify for one because the cats were not enclosed. Well, to make a long story short (notice how I slipped that literary reference in there), the museum finally reached an agreement with the government… and all of Snowball’s descendants, most of whom also have six toes, will be allowed to stay and roam the grounds to their kitty hearts’ delight.

I’m quite sure Ernest Hemingway and Snowball are smiling down from the Rainbow Bridge right now!
Posted by Quasi at 9:03 AM

Ooooh I iz so very very glad that it haded a happy ending...

I is so sick of that trait in humans.. trying to fix stuffs that does not need fixing just to justify their jobs or "get ahead" and make a names for themselves..
When will the selfishness and greed of humans end?!?! :(

Nono I meant a big :) for the kittehs being allowed to stay in their HOME :))

I am so happy to learn the news! When my Mommie and Daddie visited the Hemingway home, the tour guide said that this battle had been going on for a very long time. Those cats were so happy to roam the beautiful grounds.

Yippee!!!! Mom has always wanted to see the 6 toed cats!!

Yikes....I'll be working on october 11th-any others? I'd love to buy a few signed for christmas presents!!!

The Missus had a cat with six toes, too. His name was Fingers.

Yay for Hemingway's kitties!
Thanks for joining WCB this weekend :)
~~Robyn

That is a grate story, Quasi! I wish I had 6 toes...that would be cool.
Your buddy, Jimmy Joe

That is good news! Oh, and btw, I am a cat that doesn't know how to read, but I am against book banning (previous post about fREADom). I mean, gosh, if my humans did not read at night, how could I snuggle with them while I sit on top of the book, newspaper or magazine they are reading?

I am so glad Hemingway's cats can stay!
--JB

The World Is Your Litter Box: Deluxe Edition 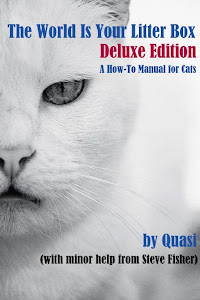 The original classic... reissued and expanded!

THE WORLD IS YOUR LITTER BOX 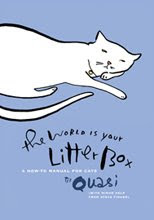 The original... LOL funny and loaded with attitude!

THE WORLD IS STILL YOUR LITTER BOX The sequel... possibly even funnier than the first book!

The World Is Your Litter Box

Promote Your Page Too

CLICK TO GIVE FOOD & CARE TO ANIMALS IN NEED 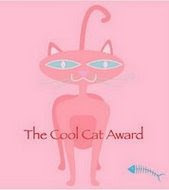